You are here: Home / Research and Evidence

Independent research has shown that Storysharing® works. The approach has been described and documented in various papers in practice focused journals. Funded projects with evaluation reports have been undertaken as follows:-

With young people – 2007-2008; 2011-2014; 2015-2018.
12 special schools and two mainstream schools with attached units, involving over 250 pupils with special needs and disabilities, 180 staff and over 50 families. In 6 schools the work was done with pupils aged 11-19, and illustrated that considerable progress could be made with young people at the end of their school careers.

This message is only visible to admins.
Problem displaying Facebook posts. Backup cache in use.
Click to show error

Just one week to go until our online conference. Will you join us?All the details are here 👇 www.survivingthroughstory.com/post/surviving-through-story-conference ... See MoreSee Less

We now have over 100 stories on our website, showing the Covid-19 pandemic through the experiences of people with a learning disability.Check out our collection of video stories here 👇www.survivingthroughstory.com/video-storiesDo you have a favourite? Answer in the comments! ... See MoreSee Less

Videos stories from people with learning disabilities and their experiences during lockdown and beyond.
View on Facebook
· Share

Have you registered yet for our Embodied Memory webinar? Find all the details here 👉 www.eventbrite.co.uk/e/embodied-memory-story-recall-for-complex-needs-tickets-174993669777 ... See MoreSee Less 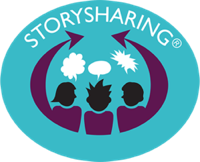